LCD has a genetic disadvantage compared to other display technologies: Narrow Viewing Angles.  For the last 40 years, scientists and engineers put a lot of effort to improve LCD viewing angles and made great progress. Although LCD viewing angle still has the limitation, it has been accepted by most applications.  We will briefly introduce different LCD technologies and the improvement of LCD viewing angle.

TN LCD has been discussed before (review Twisted Nematic LCDs), we will not get in depth here. 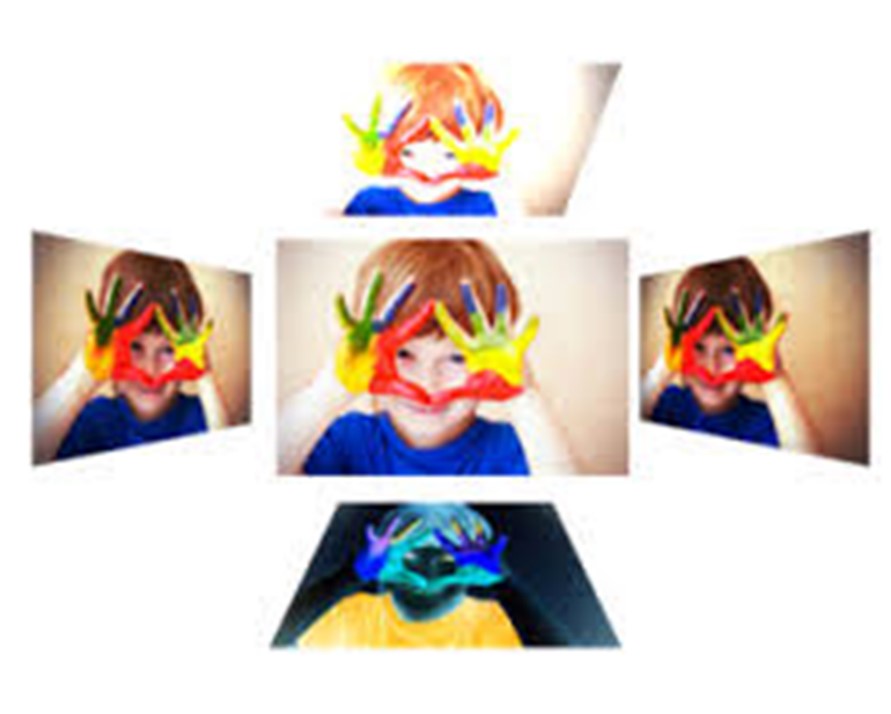 TN TFT operates in “Normal White” (NW) mode.  This means the background color is “light” when the pixel is in the OFF state.

There are several ways to resolve the gray scale inversion issue.

O-Film is an optical film that is applied to the TN TFT LCD and redirects light, providing all round viewing angles to any TN TFT LCD to which it is applied. It is easy to apply and relatively low cost. 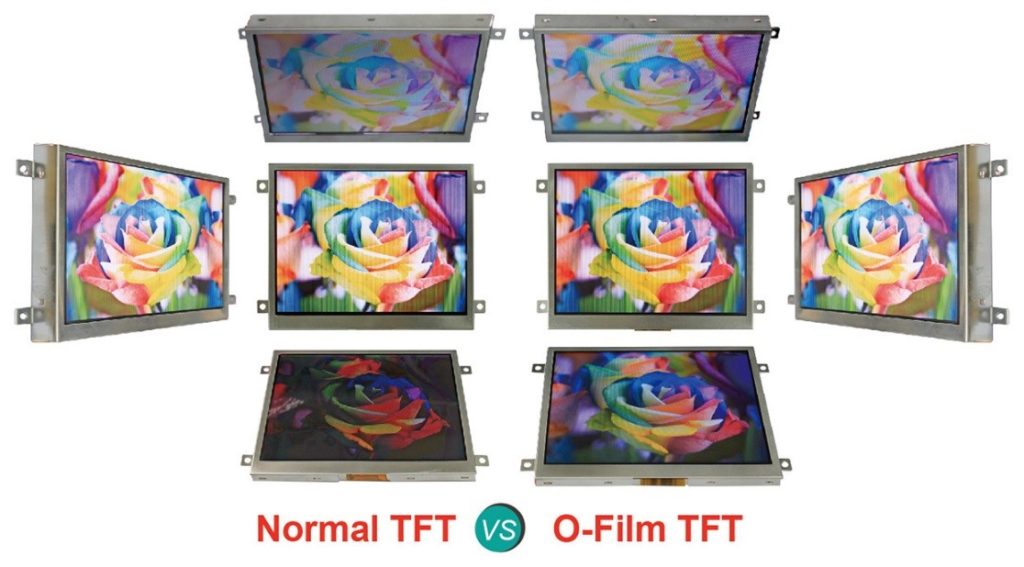 In the basic VA mode, the molecules can tilt towards to any directions because of the lacking of in-place easy axis, therefore the umbilics defects appear, which is not desired in the display application because it not only produces transmission fluctuation but also slows down the response time.

In order to obtain a symmetric viewing angle, the pixel is divided into domains, where the LC molecules will have pre-determined tilt directions. The multi-domain is obtained by introducing protrusions on both substrates. This is the Multi-Domain VA mode (MVA). 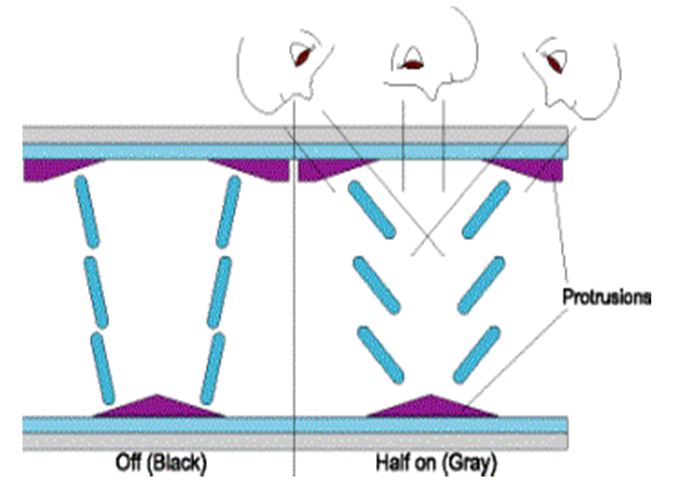 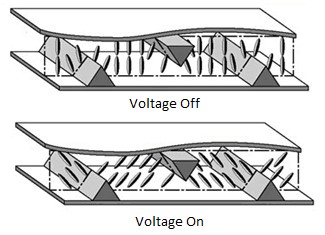 The MVA was first introduced by Fujitsu, and now adopted by a few manufactures. It can give very good viewing angles because of the symmetric LC domains. The MVA mode eliminates the need for a rubbing process, which makes manufacturing simpler and the MVA-TFTs more stable.

IPS (in-plane switching) is a screen technology for liquid-crystal displays (LCDs). It was designed to solve the main limitations of the twisted nematic field effect (TN) matrix LCDs which were prevalent in the late 1980s. These limitations included strong viewing angle dependence and low-quality color reproduction. In-plane switching involves arranging and switching the orientation of the molecules of the liquid crystal (LC) layer between the glass substrates. This is done, essentially, parallel to these glass plates. 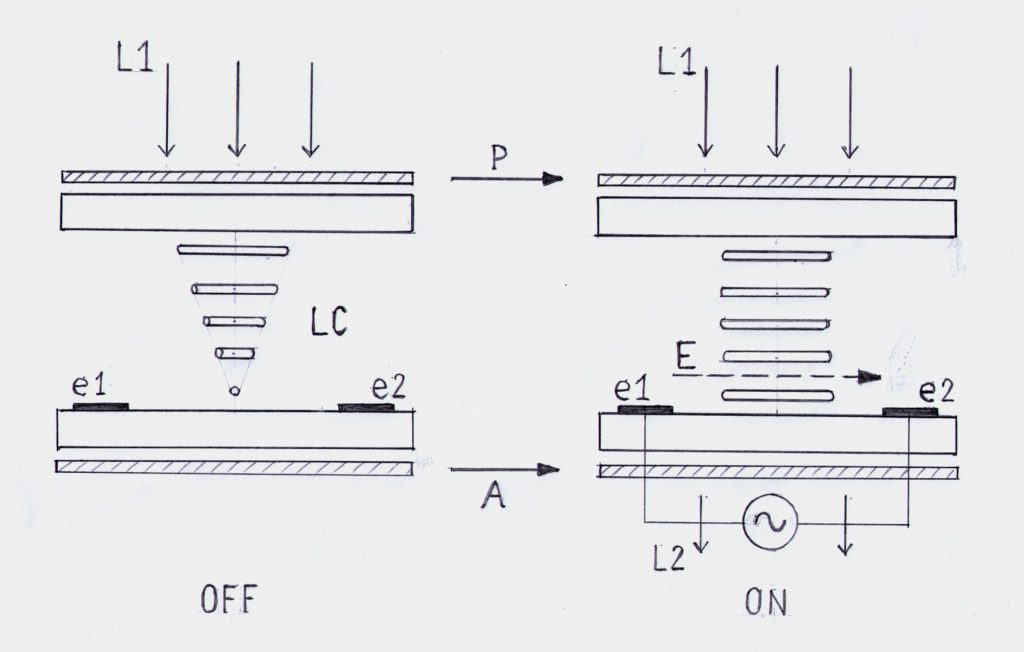 Instead of moving up and down in a vertical direction, the rod shaped LC molecules twist in the same plane between on and off. IPS LCD is widely used in different applications now.

IPS LCD is widely used in different applications now. It is becoming less cost effective. Orient Display provides wide selection of IPS TFT LCD. Because this technology will be the mainstream in LCD market. 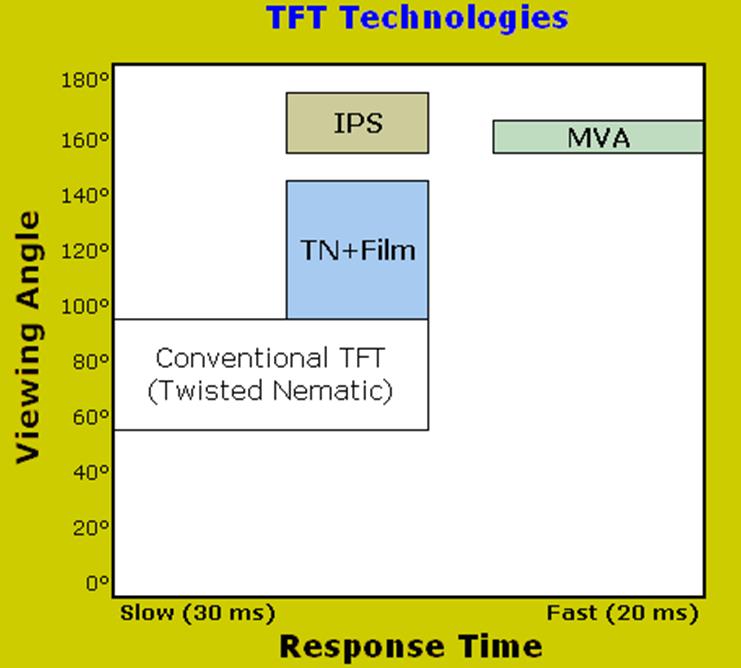 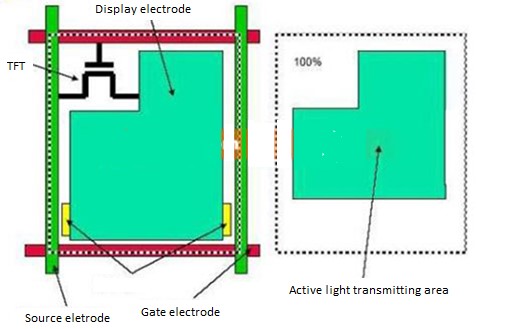