What is OLED Display?

OLED, which stands for Organic Light Emitting Diode, is a relatively new type of display for televisions, smartphones, and computer monitors. After only being invented in 1987, OLED is already one of the two top display technologies in the industry. OLED display technology uses organic (carbon-containing) compounds that emit light when a current is passed through it. OLED materials can be small molecule organic material or polymer material. OLED displays are known for their high picture quality, flexibility, and lower power consumption along with its premium price point. They are also extremely long-lasting with a lifespan of around 22 years if used 6 hours a day. 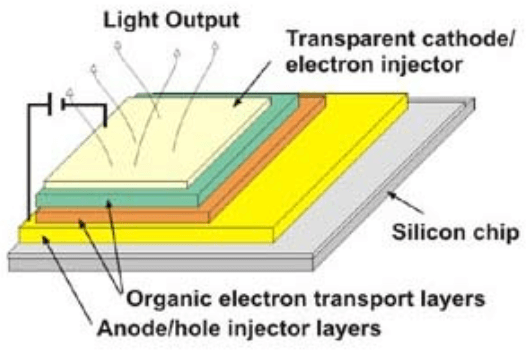 OLED TVs are known for their true blacks and high contrast ratios. Unlike LCD displays which use a backlight as light source that cannot be turned off, each OLED pixel lights up directly and can be controlled individually. Therefore, when there is no light needed and no color filter used in LCD needed, each individual pixel can turn completely black. Because OLEDs can make true blacks, they have infinite contrast ratios. One pixel can be completely dark while the pixel right next to it can be super bright. LCD TVs are at best only able to dim by regions.

OLED TVs are also very energy-efficient because they use active matrix OLED (AMOLED). Active-matrix OLEDs have a thin-film transistor (TFT). These act as semiconductors making the display more energy efficient making it perfect for large devices where low power consumption is key.

OLED’s substrate flexibility has also made rollable OLED TVs available. OLEDs do not require a backlight, so they are much thinner and make curved or folded flexible OLED possible. LG created the first rollable TV in early 2019, and now they are everywhere on the market. The best TVs with OLED screens are made by LG, Samsung, and Sony and can be found on Amazon and other major retailers. 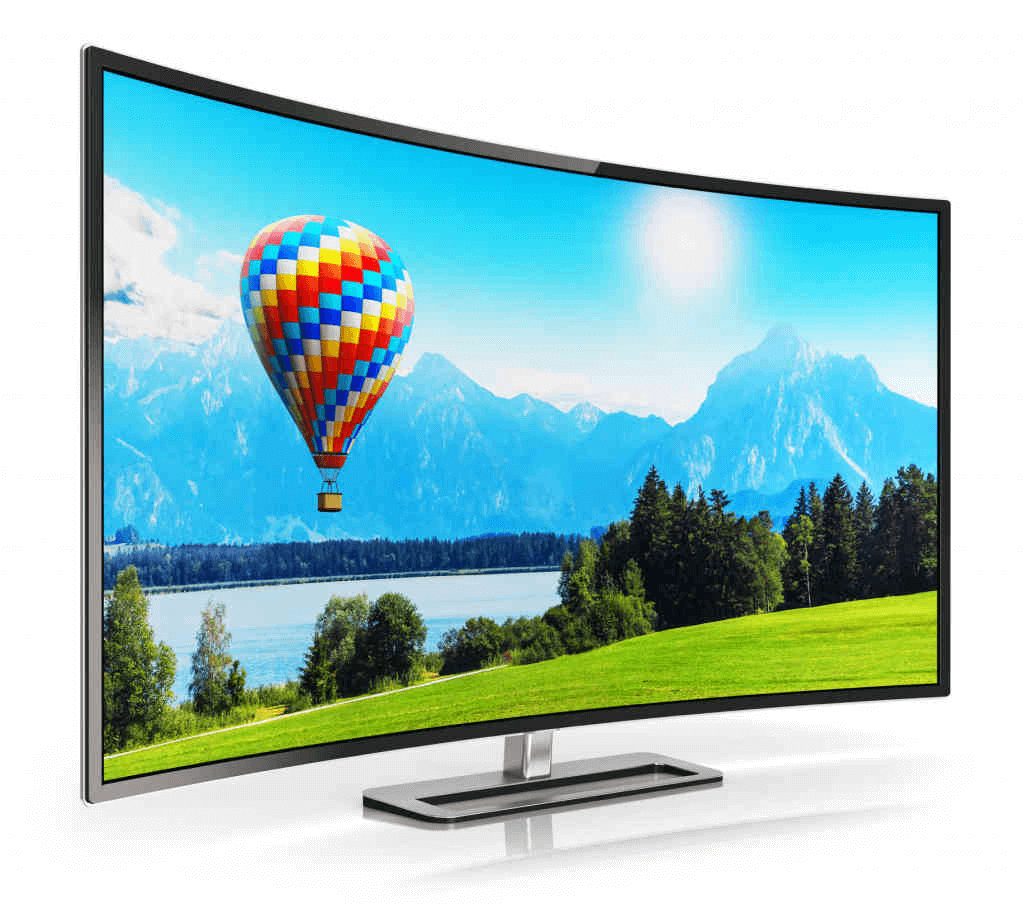 OLED has better image quality, contrasts, viewing angles, color accuracy, flexibility, and power-efficiency in comparison to LCD. OLED provides better color contrasts because it can create a pure black unlike LCD displays. LCD only works with backlighting. Backlighting is when a light is put behind a device in order to display an image. Because this backlight is always on, LCDs can never achieve a full-black like an OLED can. An OLED can show deeper and truer black levels.

Also because of the LED backlight, the power consumption of the OLED is less than that of LCD. OLED only emits light when electric current is passed through, so if there is no current, there is absolutely no light. OLED can also change the brightness of a picture pixel by pixel.  Because of the limitation of the backlight, LCD displays can at best only dim the screen by small regions. This is because the only way to dim the picture is to reduce the brightness of the backlight, and it is not feasible to have a backlight for every pixel.

Though it has better quality, OLED devices tend to have a more premium price tag. This is why OLED is currently only the main choice for high-end mobile devices and TVs. LCD displays are less expensive, and LCD TVs have nearly as high picture quality. The price of OLED products may come down in the future, but hasn’t shown indications of happening soon. LCD panels also have the added benefit of having a higher maximum luminance making it better for bright spaces or places with direct sunlight. Another disadvantage of OLED is that there is risk for burn-in. Burn-in is when the shadow of an image is permanently left on the screen even after the picture has been changed. It is caused by the pixels in that region being used too much making them not as bright as before. However, burn-in only happens after watching the same channel eight hours a day for a long time. Most of the time, the after-image fades quickly.

Another competitor of OLED worth mentioning are QD-LED or quantum dot displays. Instead of using OLED emitters, these displays use quantum dots, nanoparticles that emit light, to produce images.

Which devices have OLED screens?

Samsung has been making OLED smartphones the longest. The Samsung Galaxies are known for their high-resolution OLED screens. High-end Apple smartphones also have OLED screens. Sony, Panasonic, and LG make ultra-high definition (UHD) OLED TVs. LG Display is one of the largest manufactures of the OLED panels that these other companies use for their devices. All these companies have also started making rollable devices like TVs.

What should I expect from an OLED picture?

You should expect high color contrasts and wider viewing angles. The true blacks of the OLED displays make the other colors stand out more. OLEDs also lose less color contrast at wider viewing angles compared to LCDs. LCDs are best viewed from the center and lose color contrast quickly as the angle increases. OLED technology is also improving rapidly. OLEDs now have a larger color gamut (selection of colors) than before as well as higher HDR and faster response times.

Should I buy an OLED device?

Yes. If the higher price is not an issue, choose OLED every time. The color contrasts, flexibility, and power efficiency are unparalleled by LCD displays. OLED has true blacks and is much thinner than other displays because there is no need for a backlight. It also can be made into foldable or rollable devices and emits less blue light than other devices. The picture quality of OLED is truly unmatched.